Kenneth A. Farley, geochemist and Project Scientist for NASA’s Mars 2020 mission, talks about discoveries on Mars 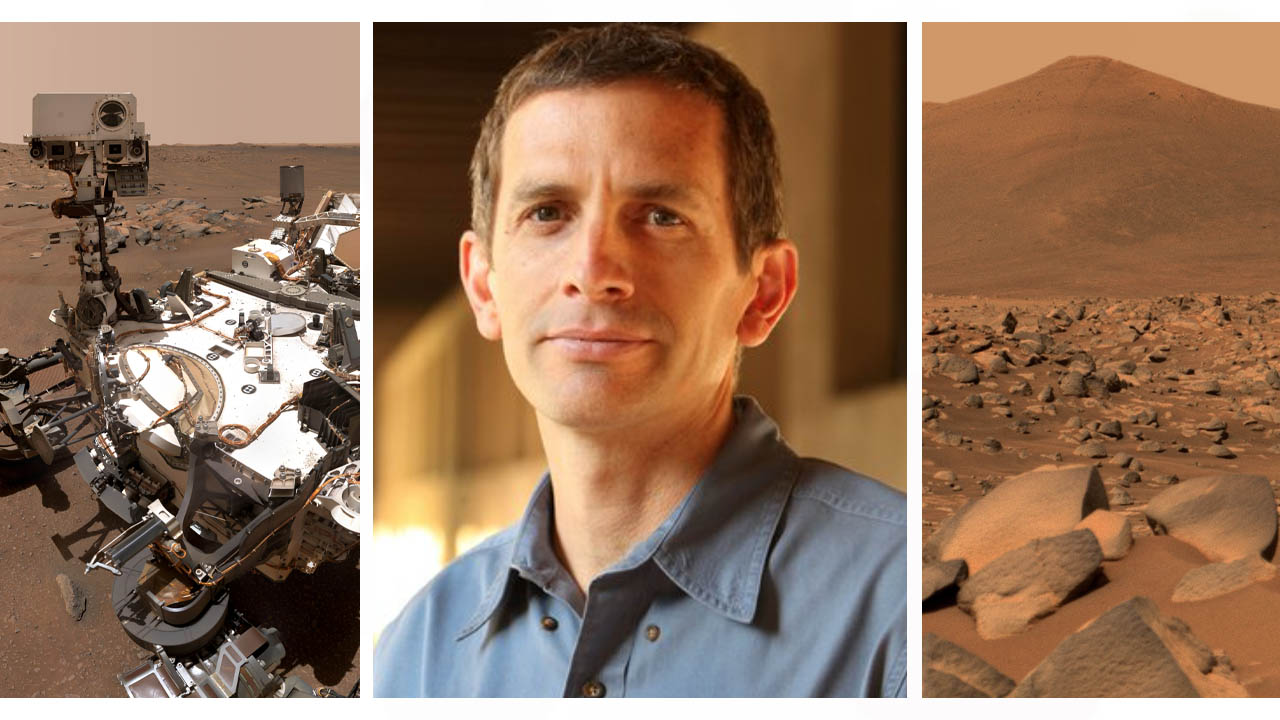 We met Kenneth A. Farley, a geochemist of the California Institute of Technology (Caltech) in Pasadena, California, USA. Farley is also the Project Scientist for NASA’s Mars 2020 mission which sent the Perseverance Mars Rover and the NASA’s Ingenuity Mars Helicopter on Mars in 2021. The Perseverance rover is the size of a utility car, and has a mass of 1025 kg. To review the spectacular and real phases of the landing on Mars on February 18, 2021, recorded by the on-board cameras of the rover and its capsule, click HERE.

You are a Project Scientist of NASA’s Mars 2020 mission, what does your job consist of? How do you manage to study the geochemistry and geochronology of Mars through the Perseverance rover?

During development of the Mars 2020 mission (2013-2020) I worked with engineers at JPL to ensure the rover being built would meet the needs of the Science Team. After landing on Mars, I have led the Science Team – guiding and focusing the science decision-making process and prioritizing our activities.

The rover has a very capable set of science instruments which produce data at an astonishing rate. Just keeping up with it all is a challenge! We have a large Science Team who focus on data interpretation; that is not my main responsibility! (Unlike Curiosity, Perseverance has no capability for geochronology).

You are also part of the Curiosity Mars rover mission. What are the most important discoveries, regarding the geology and geochemistry of Mars, made by the Curiosity rover and the Perseverance rover?

I am no longer on the Curiosity mission and so will not comment on that question. So far the most important discoveries by Perseverance are: 1) the recognition that rocks on the Jezero crater floor are igneous rather than sedimentary, suggesting that Jezero may have hosted a lava lake before it hosted a water lake! And 2) those igneous rocks have been altered by water, probably groundwater. That is important because groundwater is a potentially habitable subsurface environment and once the samples are brought to Earth, the alteration products may contain evidence of habitable conditions and possible ancient life (we have not seen evidence for such life with rover instruments).

Rocks deposited in the lake (now making up the delta) record the most habitable environment the rover is likely to explore. Since one of our goals is to collect samples from such an environment to seek evidence of possible ancient martian life, we consider the delta a key target. Beyond the life question, rocks of the delta will likely provide key insights to what Mars climate was like when the lake was present. Was surface water present for a long time (many millions of years?) or just very briefly? Both questions can only be answered with the diverse and highly sensitive laboratory equipment available on Earth.

You are also an expert in Earth geochemistry. Comparing the Earth and Mars, what are the most important differences of the two planets? And what could their future be?

What I found most profoundly different is that much of the surface of Mars is older than 3.5 billion years – and therfeore Mars rocks record processes occuring early in the history of a rocky planet and of the solar system. This is different from Earth, where plate tectonics has destroyed almost all rocks of that age and older. A lot happened in the first billion years, like formation of the first crust, and, on Earth, the origination of life. In short – Mars can tell stories that have been entirely lost from the rock record on Earth.

As to future – well it is clear that Mars transitioned froma planet with liquid surface water at least some of the time, to an incredibly cold and dry planet on which surface life is impossible. That is not likely Earth’s fate, but it provides a graphoc example that climate can change dramatically. There is nothing that demnds climatic stability, a message all of humanity should heed.