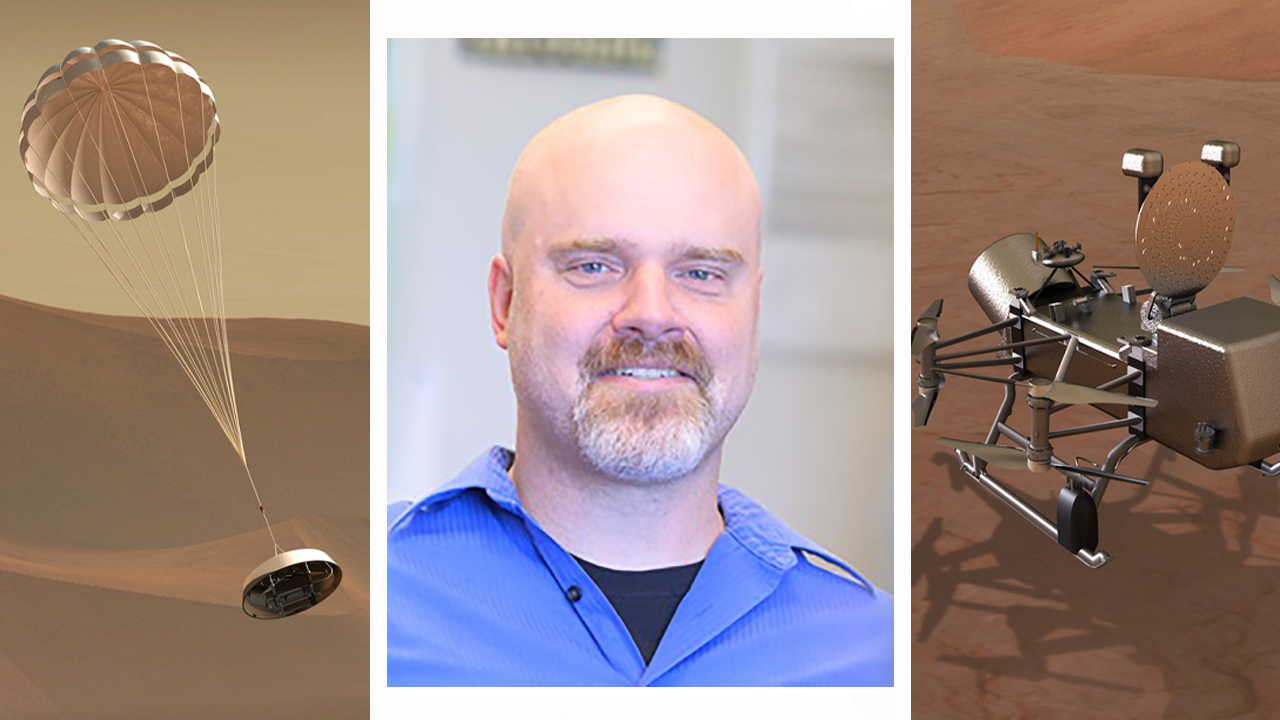 We met Jason W. Barnes, Professor of Physics at The University of Idaho (Moscow, State of Idaho, USA), and Deputy Principal Investigator on the NASA’s Dragonfly mission. The Dragonfly mission, starting in 2027, will send a rotorcraft lander (vertical-lift octocopter) to Titan, Saturn’s largest moon. Dragonfly, which will arrive in 2034, will the objective of studying prebiotic chemistry and the search for chemical signatures that could indicate water-based and/or hydrocarbon-based life.

You are the deputy principal investigator on the NASA’s Dragonfly mission, which will send a drone to Titan. What is the advantage of exploring Titan with a drone, as well as with a propeller aircraft?

There are only four places that we know of that allow access to a solid surface and flight: Venus, Earth, Mars, and Titan. Of these, it is by far easiest to fly on Titan, where the air is 4 times denser than Earth’s atmosphere but where the gravity is 7 times lower than on Earth. All in all, rotorcraft flight is 40 times easier on Titan than on Earth.

Therefore, when looking for a mechanism to provide mobility on Titan, the way that we’ve done with wheeled rovers on Mars, we elected to go with rotors and a vertical-lift octocopter instead. We’re also landing on the sand dunes, and anyone who’s tried driving a car in sand knows how tricky that can be, as well as those who have driven Mars rovers through sand.

What are the characteristics of Titan’s atmosphere? Why is it said that its atmosphere is similar to Earth, despite having clouds of methane?

Titan’s atmosphere has two primary similarities to ours:
(1) The pressure is just 1.5 bars, 50% higher than Earth’s. That’s pretty close – you could pressurize a room to 1.5 bars and live in there comfortably. In contrast, Venus’ atmosphere is 90 bars, about the same pressure as the bottom of Earth’s oceans, and Mars’ atmosphere is 0.006 bars, 200 times lower than Earths and low enough that it would boil your blood.
(2) The other similarity is in composition. Titan’s atmosphere is 95% molecular Nitrogen, N2, which is also the primary constituent of Earth’s atmosphere (72% N2). In contrast, Mars and Venus both have nearly pure Carbon Dioxide (CO2) atmospheres.

What are the places of Titan that will Dragonfly visit? I think it will be a great thrill, if it flies over the lakes of Titan… Until now, no space mission has ever explored a lake that still exists. We are used to always seeing arid and deserted places. It will be a very special and exciting space mission …

We are flying to the arid and deserted part of Titan. Literally Titan’s deserts, near its equator. Our science is to evaluate the complexity of Titan’s prebiotic chemistry, to characterize its habitability, and to search for chemical biosignatures. We decided that the lakes, as romantic as they may seem, are just not the scientifically most valuable sites to visit on Titan. The sand dunes on Titan aren’t made of Silicon sand as on Earth – they’re organic. Think giant 100-m high mountains of coffee grounds.

So we want to sample the sand composition itself. Next, we want to see what happens when those organics end up in liquid water: do they form self-replicating molecules and life, and if not, how close might they come? For that we need to land where there’s been liquid WATER, not liquid methane, and so we’re going into Selk Crater where a giant comet smashed into Titan and created a pool of impact melt hundreds of meters deep. That impact melt pool is frozen today, of course, but by sampling the ice we can assess the chemistry within the water after the crater formed.

Why is it said that there could be abundant organic material on Titan? And why is it important to study Titan? Do you think a life form was born in the past?

We don’t know if life has formed on Titan in the past – or whether or not some form of life exists there today, perhaps in the underground liquid water ocean. The methane in Titan’s atmosphere gets blasted into smaller molecules by solar ultraviolet light, and those smaller bits amalgamate into surprisingly large and complex organic molecules. We know this because we’ve seen them way up high in the atmosphere with Cassini, as it flew through at 925km altitude. In fact, Cassini wasn’t able to measure even bigger molecules because it wasn’t designed to – we didn’t expect to see big carbon molecules so high up in the atmosphere! Once those atmospheric organics fall to the surface, and if they get into liquid water or liquid methane, they would likely dramatically increase in complexity and size once again. We have to go to the surface of Titan to measure them to find out!