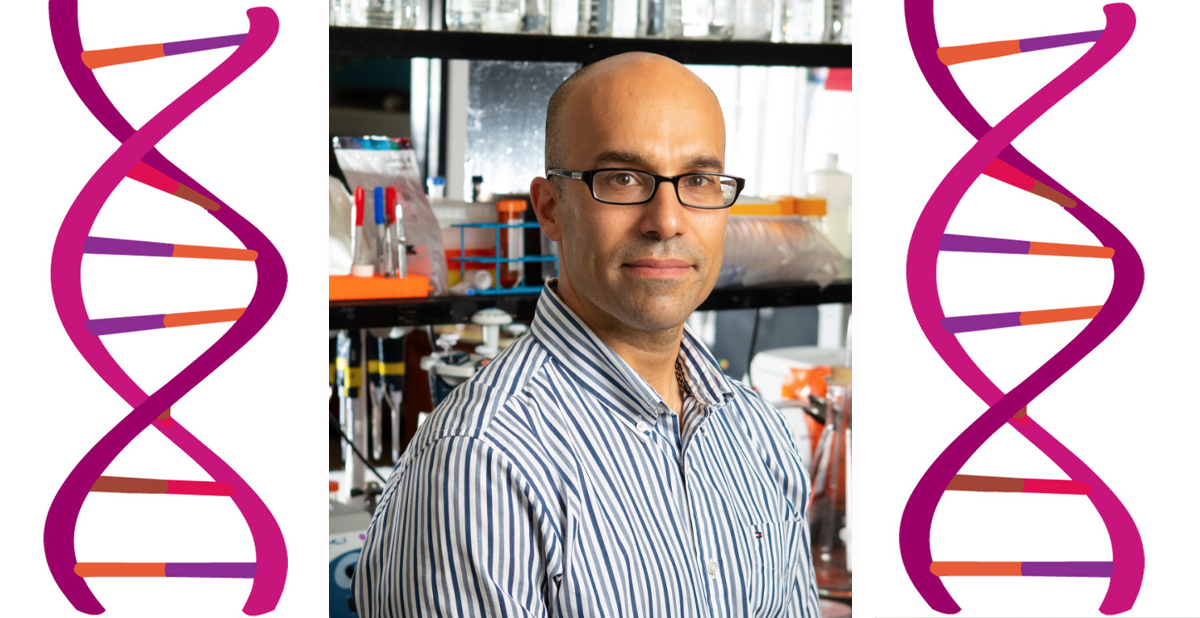 We met Omer Gokcumen, an expert in evolutionary anthropology (the study of how humans evolved, and how they differ from non-human primates such as gorillas and chimpanzees). Gokcumen is Associate Professor of Biological Sciences University at Buffalo College of Arts and Sciences (State of New York, USA).

What fascinates you most about evolutionary anthropology? What emotions do you feel in studying yourself (our species Homo sapiens)?

We are unique as a species in appreciating our place in the universe and being able to communicate it to each other. It fascinates me that 100,000 years ago, somewhere in Africa, our ancestors had similarly complex thoughts about life, the world, and the universe. They looked at the stars, wondered who they were, and tried to make sense of nature’s wonders. The biological basis of such complex thought is fascinating and still unknown.

It is also remarkable that we self-domesticate ourselves without really realizing it. We made cultural innovations, which led to different diets, for example, which in turn changed our genomes in a short amount of time.

Are there parts of our genome that haven’t evolved over time? If we compared the genome of the first Homo Sapiens with our current genome, what differences would we notice?

Yes. In fact, the whole living beings are related. So, there are parts of the genomes, presumably controlling fundamental processes that all living things (cell division, for example, or DNA folding) are highly conserved. We share the genes that make us mammals (milk, placenta, birth) with other mammals – lions, elephants, and squirrels. We share even more with primates. In fact, almost all human genes have a counterpart in the chimpanzee genome. Only minor tweaks in regulating these genes separate us from our closest cousins. So, the differences are strikingly small when we compare our genomes to ancient genomes (say, Neanderthals)—a change in a regulatory sequence here, a small change in the protein sequence here.

Is there evidence that the first Homo Sapiens interbred with Neanderthals? And if this happened, is there any gene inherited from Neanderthals in our genetic heritage?

Yes and yes. There are some genetic variations that we inherited from Neanderthals. Most of these genetic variations are not functionally relevant. However, there are a few that are meaningful. One shocking example is a Neanderthal variant that apparently increases the susceptibility to severe COVID. They often affect metabolism or immunity-related genes. One hypothesis would be that Neanderthals may have adapted a different diet, cold weather, and different sets of pathogens. As our ancestors met with Neanderthals, they may have borrowed some of these genetic variants that may help us survive in new, colder territories.

The primary “function” of the genome is to code for proteins, which make up our skin, carry blood, determine our pigmentation, make up our liver enzymes, etc. The parts of the genome that directly code for the proteins are indeed small (1-3%). What is important to know, though, is when, where and how much these proteins are produced. We know that noncoding parts of the genome control the regulation of protein production. It is a fantastic process, especially when we think about all of our trillions of cells have the same genome. However, only the eye genes are active in the eye, and only the liver genes are active in the liver. It is a good thing, too, as you really do not want liver growing in your eye. This tight control of protein production is achieved by the regulatory sequences in the noncoding DNA. The location and the mechanism of these regulatory sequences are a huge field of study.

I also have to mention that it is likely that a good portion of the genome is just there – and does not function at all. There is a lot of debate on how to define genomic function.

By studying human evolution, do you think our species (Homo Sapiens) will continue to evolve, or will it remain like today? In your opinion, will future space travel affect the birth of a new human species?

Evolution never stops. Even without ecological change (like space travel), every generation accumulates new mutations; some are beneficial, some are detrimental, and most are not functional. As a result, we change as a species, inevitably and continuously. It is clear that if we change our environment, the pressures will also change. We do not wait for space travel, as we are now changing these pressures. Think about the differences in the pathogens that affected our hunter-gatherer ancestors – probably worms and other parasites were more of a burden than bacterial infections. And fast forward to medieval London, half of the population died from bacterial infections. And fast forward to today; viruses are the biggest killers in our hyper-connected and overpopulated world.