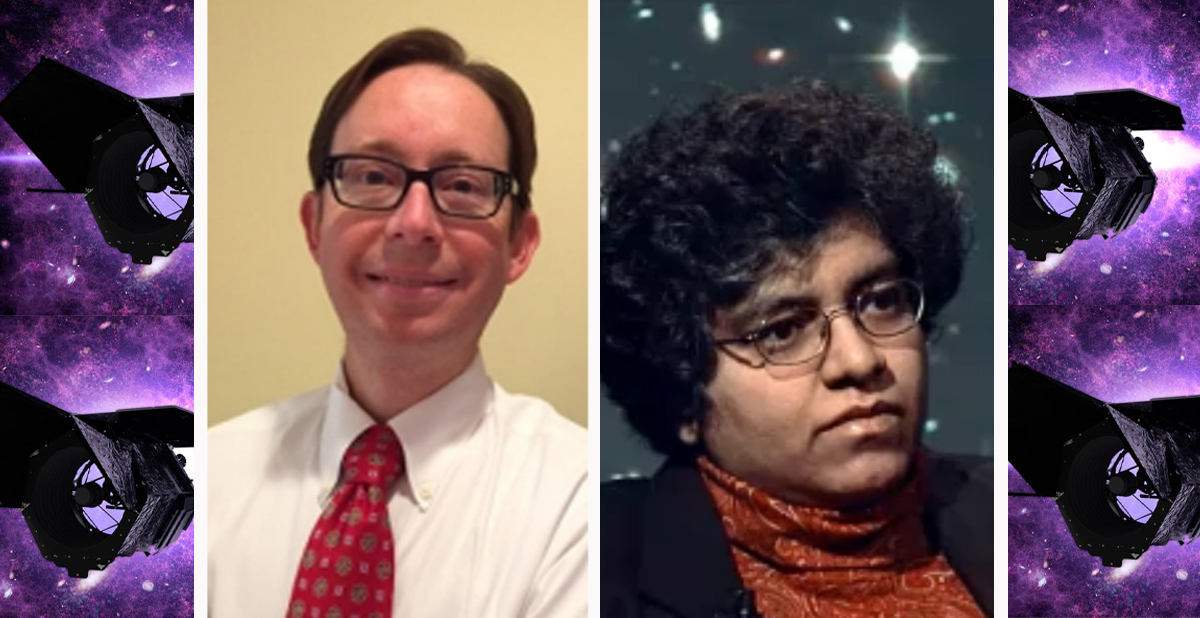 We have agreed to meet two experts NASA (NASA’s Goddard Space Flight Center), who are working on the new space telescope “Nancy Grace Roman Space Telescope“, created to answer questions about dark energy and exoplanets (the planets that orbit other stars), thanks to a primary mirror 2.4 meters in diameter, which will monitor 100 million stars, to track down around 2,500 planets, and will be launched in 2027 .

What can the “Roman Space Telescope” tell us more about dark energy than previous telescopes? Will we be able to “see it”?

Dark Energy is a fundamental aspect of the universe that we can detect indirectly by observing how it changes the universe. It appears to be a property of space and time that exerts a pressure on space to expand.  The Nancy Grace Roman Space Telescope will study how Dark Energy causes space to expand, and how it keeps the matter within it like galaxies to stay apart. It will do this by looking across the universe and back in time by over 10 billion years. At the moment, even powerful telescopes like Hubble are not able to measure even close to the same volume of the universe that Roman will be able to measure. So while Roman will use techniques that have been pioneered by other observatories, Roman will improve on the prior state-of-the-art technology by about a hundred times. While Roman won’t “see” dark energy in the sense that we can’t take pictures of it, Roman will make measurements of the effects of dark energy that are so precise that astronomers expect to be able to make great progress in understanding what it is.

Webb is designed to have the sensitivity and infrared instruments necessary to study the very earliest galaxies.  Roman, with its wide field of view and rapid infrared imaging capability, will be able to survey wide swaths of distant space to find potential very young galaxies for Webb to study in detail.  At the moment, we know of only a handful of these galaxies from when the universe was only a few hundred million years old; Roman will be able to increase that to thousands of galaxies. Roman should be able to survey large areas to find sites where early galaxies are forming, for Webb to study in more detail. Together, Roman and Webb will be able to open up this epoch in the universe’s history and help us understand what the first stars and galaxies were like.

Taking advantage of Albert Einstein’s Theory of Relativity, how far can the “eye” of the Roman Telescope go to see new exoplanets? Will it be able to see exoplanets more than 500 light years away?

Roman’s Wide Field Instrument, a 300-megapixel infrared camera, will also enable us to look for exoplanets around stars in our own galaxy. If we point toward the center of the galaxy, we can watch hundreds of millions of stars constantly for the telltale sign of planets orbiting them. The main technique Roman will use relies on one aspect of Einstein’s Theory of Relativity, that matter curves spacetime and therefore bends light. As a star passes in front of another star, the mass of the closer one will bend and focus the light of the more distant one, causing a temporary brightening. Watching as many stars as Roman does, astronomers anticipate seeing thousands of these events.  Each of the planets orbiting the foreground star will also brighten the background star, although to a lesser extent and for a shorter time – less than an hour for a planet like Mars!  So Roman will be watching these stars continuously for many months to find these rare signals.  Most of the stars that we see this way, and the exoplanets around them, will be many thousands of light years away, and in a direction where the stars in our galaxy are older. This can help astronomers to understand whether the formation of planets was different billions of years ago than it is today.

Taking advantage of Albert Einstein’s Relativity once again, and being able to see, thanks to it, how galaxies curve space-time, and in turn, how they bend the light, which passes next to them, we could discover the exact position of dark matter? And maybe, compare dark matter to the “tectonic plates” of the Earth?

One of the major surveys that Roman will undertake will be a campaign to take precise images of hundreds of millions of galaxies spread across the universe, in order to understand how matter has been coalescing over cosmic time to form the galaxies, clusters of galaxies, and superclusters that we see around us today.  As the light from distant galaxies travels towards us, it passes by other galaxies. Einstein’s Theory of Relativity tells us that matter curves spacetime and therefore bends light. The light from the more distant galaxies is bent by all the galaxies near its path across billions of years of time, and so when it arrives to us, we see the image of these galaxies with very slight distortions. By a careful analysis of the many millions of distorted images, astronomers can reconstruct the placement of all the matter from nearby out to great distances. While what we see with our telescopes is individual objects like galaxies, most of the mass is in the form of Dark Matter, which makes up about 85% of the total mass of the universe. The visible galaxies tend to clump where the Dark Matter is most concentrated, but there are vast filaments of it spanning the universe like a giant web. Roman will be able to measure this invisible web of Dark Matter and trace how it has been changing over billions of years as it slowly coalesces due to its own gravity.  This motion is what gives rise to the galaxies and clusters we see forming where the Dark Matter has collided with itself, much like we can see the Himalyas as the visible result of the coalescence of the much larger Indian and Eurasian tectonic plates.

History has taught us that memory is the basis on which to plan the future. The Universe gives us the same teaching: telescopes are the tools of “space archaeologists”, who must look to the past to understand what the future will be like.  How important are those archaeological treasures billions of light years away from human beings of the present?

Astronomy has, since antiquity, been a science about understanding our place in the universe in both space and time.  The motions of the planets, the constellations, and the Moon were used to form the basis for calendars, agricultural planning, and religious festivals since prehistory. Over the last century astronomers have extended the reach of astronomy back in time, owing to the finite speed of light. Since the light from increasingly distant objects takes increasingly longer to arrive here, the further away an object is, the older the light is that we see.  We now know that the universe has been expanding since the beginning of space and time about 13.8 billion years ago.  Astronomers using the Hubble space telescope have found galaxies far enough away that the light began traveling toward us 13.4 billion years ago. Webb will push this limit back even further. Roman will extend the reach at a similar age to cover more and more galaxies than ever before. In this way, astronomers will study galaxies like archaeologists uncovering pottery.  Each one is unique, but each gives clues to what was generally true at a certain place in space and time.  Understanding this will tell us how the present universe, the stars, the Sun, the planets around us, and our own Earth, came to be the way they are. These observations are part of the foundation of knowledge that will tell us what the future of our planet will be and whether life may exist elsewhere in the cosmos.