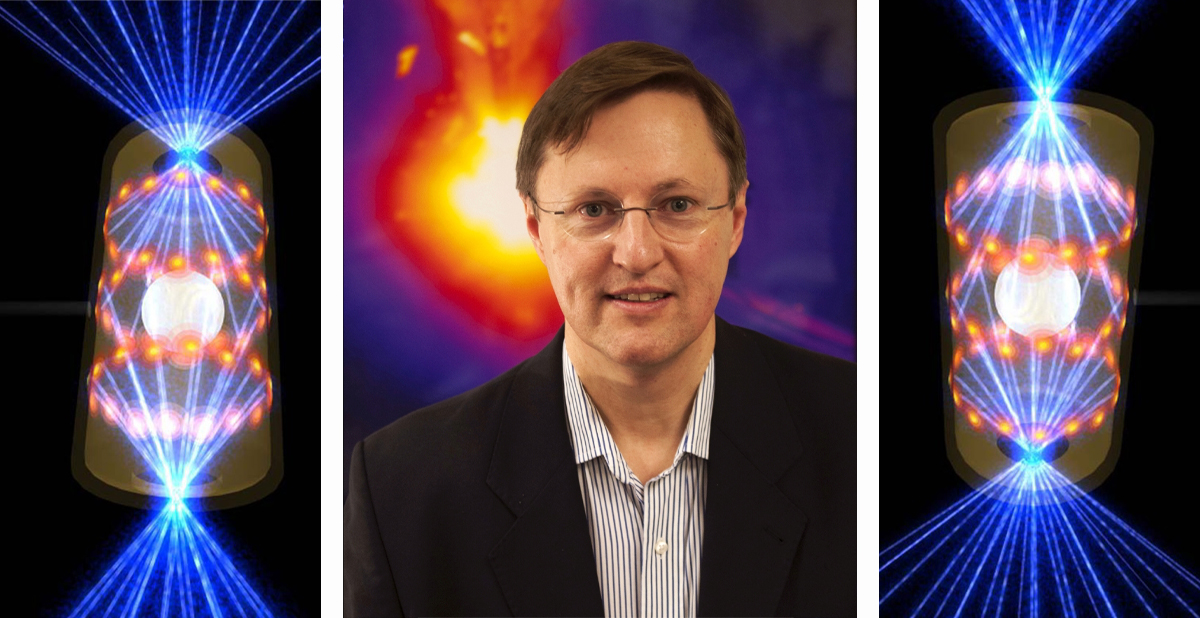 We met Johan Frenje, nuclear physicist and head of the High-Energy-Density Physics (HEDP) division of the Plasma Science and Fusion Center (PSFC) of MIT (Massachusetts Institute of Technology) in Cambridge, United States, as well as the most prestigious university in the world. For the first time in history, humanity has taken a leap forward towards the realization of its greatest dream: to light a star on Earth, through nuclear fusion. On August 8, 2021, researchers from the National Ignition Facility (NIF) of the Lawrence Livermore National Laboratory produced energy as a result of the Inertial-Confinement-Fusion (ICF), reaching “ignition“, that is, the point where the quantity of fusion energy produced is greater than the energy fed into the system. MIT’s Plasma Science and Fusion Center (PSFC) contributed to the success of this inertial confinement fusion (ICF) experiment by providing about a dozen diagnostic tools. The experiment consisted of focusing 192 laser beams on a target, a tiny gold cylinder, containing a spherical capsule filled with deuterium-tritium fuel. The implosion, born shortly thereafter, generated a historic melt yield of 1.37 megaJoules. You can read the official article of the experiment by clicking HERE.

The “Inertial confinement fusion (ICF)” is one of the two main branches of fusion energy research, the other is the “Magnetic Confinement Fusion (MCF)“. The second branch must use a hot plasma, magnetically confined in a Tokamak. Doesn’t the ICF branch, on the other hand, need the powerful magnets and a tokamak? What are the advantages and disadvantages of the two main branches?

A tokamak is not needed for the Inertial-Confinement-Fusion (ICF) approach. The ICF approach uses a totally different method to confine the plasma than the Magnetic-Confinement-Fusion (MCF) approach. In ICF, a millimeter-sized hollow capsule filled with deuterium-tritium (DT) fuel is compressed (typically 20-30 times radially) and heated very quickly to conditions for thermonuclear fusion, ignition, and burn propagation to occur. This happens over a time period of order 100 ps before the DT fuel blows apart. The inertia of the fuel keeps it together for long enough time for the thermonuclear fusion process to occur – hence the name ICF. It should be noted though that an advanced ICF concept uses external magnetic fields to improve the confinement of the fuel energy. In addition, while MCF seeks to establish a continuous source of fusion energy, ICF seeks to produce short and discrete bursts of fusion energy.

Scientifically, it is difficult to contrast the two approaches and establish advantageous and disadvantages associated with them. Both approaches are based on sound principles, and in my opinion it’s just a matter of time before both approaches achieve ignition in a laboratory (as we know, the ICF approach has already achieved that). I think some discussion can be had about advantages and disadvantages about reactor concepts for the ICF and MCF approach, but we are not in position yet to have well-informed discussions about that.

The “High-Energy-Density Physics (HEDP)” group at MIT’s “Plasma Science and Fusion Center” was instrumental in a historic ICF ignition experiment performed in 2021. Why is this experiment so important? Can it bring us closer to the realization of humanity’s greatest dream: to light a star on Earth and begin producing large quantities of electricity?

Given that thermonuclear-fusion research has been conducted since the 50’s and that promises of achieving ignition were made but not met along the way, the ignition experiment at the NIF on August 8, 2021, is a historic achievement that demonstrates that a fusion plasma can be ignited in a laboratory. It is also notable that the ignition result was well-captured by theoretical calculations, indicating that we have good grasp of the physics governing the implosion process and performance. Having esblished that ignition can be achieved in a laboratory is a great and necessary stepping stone going forward in our efforts of realizing thermonuclear fusion as a viable energy source.

What are the main difficulties and problems you are facing? And how long do you think it will take to solve all the problems?

The main challenge with the ICF ignition experiments today is to establish a robust implosion platform that provides enough margin to the ignition threshold and thus enable ignition to occur on a routinely basis. Although I am not familiar with the details, it is my understanding that finding a robust engineering design that will facilitate ignition to occur on a routinely basis is the main challenge. The capsule needs to meet very stringent specifications, and it needs to be held in position with incredibly precision by some mechanical feature that doesn’t detrimentally impact the implosion performance. A better understanding of the dynamics of the capsule drive (laser, x-rays or magnetic fields) must also be obtained.

Another challenge is to establish the next-generation ICF facilities. The NIF laser is based on 90’s technology and could be improved substantially with today’s technology. This applies to the other big ICF facilities currently in operation in USA.

The challenge that my group is facing in the area of ICF research is to develop the next-generation diagnostics that will be able to diagnose the dynamics of the nuclear-fusion phase of an ICF implosion with a time resolution of 20-30 ps.

Regarding your career, how did your passion for nuclear physics, especially for Inertial Confinement Fusion (ICF), start?

For as long as I can remember, I have been fascinated by the concept of fusion, the process that powers stars. As a young boy, I wanted to be part of the effort in realizing thermonuclear fusion as a clean energy source that would certainly alleviate the energy-policy and climate issues that we are facing today.

I actually did my graduate work in the late 90’s at Uppsala University, Sweden, and at the Joint European Torus (JET) at Culham Centre for Fusion Energy, UK, diagnosing MCF plasmas using neutron diagnostics. After my graduate work, I moved to USA for my postdoctoral work and got involved with the ICF program. My expertise in the area of using neutron diagnostics for diagnosing an ICF implosion was needed at the time.

As I currently have about 10 graduate students and 2 postdocs, each working on 2-3 research projects in the areas of ICF and high-energy-density-plasma physics, it is difficult to single out a few of them. In the context of diagnosing an ICF implosion, I’d say an important project we are working on is the development and use of the next-generation neutron spectrometer for 20-30ps time-solved measurement of the neutron spectrum from an ICF implosion. This measurement will provide information about the dynamics of the ICF core formation, DT-fuel assembly and burn propagation.