Elizabeth Tammi, Hubble mission’s social media lead, talks about her work at NASA: “So I combined writing to science” 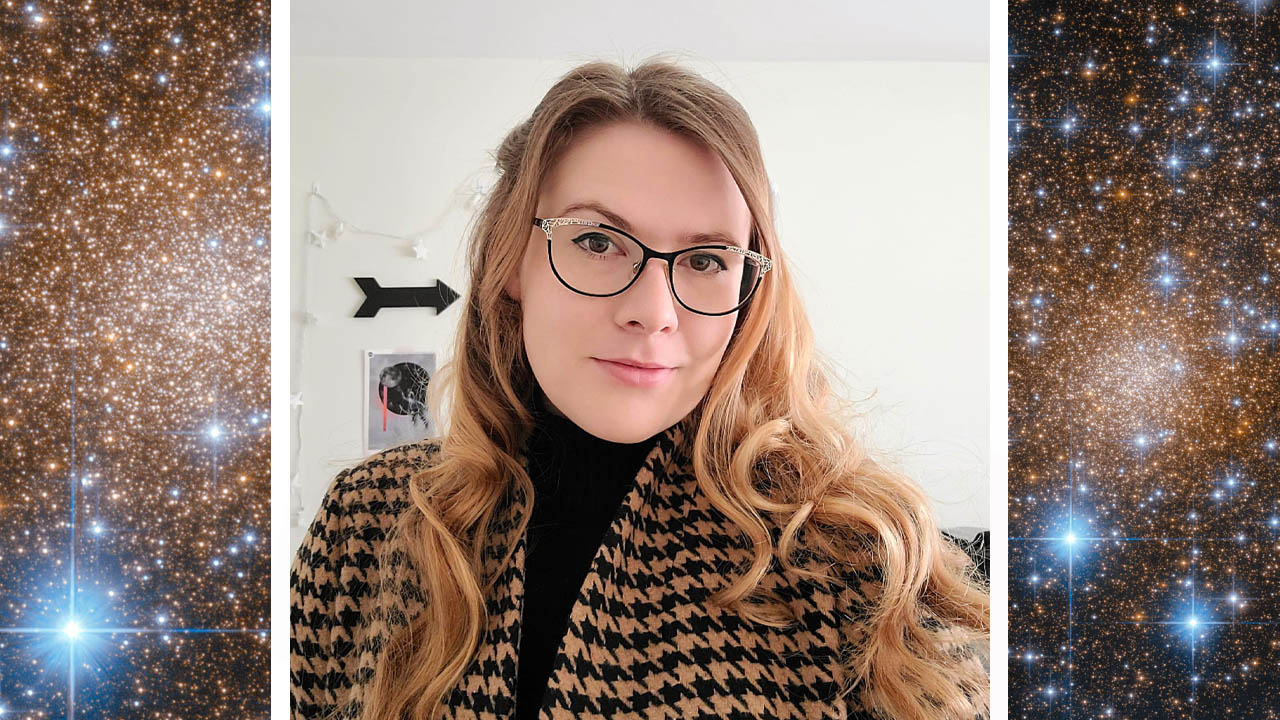 Tammi is known as the “Hubble’s voice” because, through mission’s official social media, communicates to us the discoveries and the heredity of the popular Hubble Space Telescope. She has also published two novels: Outrun the Wind and The Weight of a Soul.

You are the social media manager for NASA’s Hubble mission. You are known as “Hubble’s voice” as you communicate the discoveries of the prestigious telescope to the public. What emotions do you feel in observing and learning about the new discoveries of the Hubble Space Telescope before all of us?

It’s an absolute honor and pleasure to be part of the Hubble mission! It’s also a huge responsibility that I don’t take lightly or for granted. I’m grateful every day to have this unique insight to the mission and its discoveries. However, I’m always most excited about getting to share that knowledge with our followers online! Posting beautiful new images, accomplishments, and scientific discoveries is such a thrill, and I love how it connects people from all around the world.

How do you manage to convey Hubble’s astronomical legacy to over 13 million followers? Has the way of communicating to the public changed over the years, or has it remained the same?

Using social media as a tool for scientific communication has become increasingly important over the past decade or so. The Hubble outreach team certainly considers our social media as one of our main ways of spreading the news about the mission.

I’ve only worked in this role a few years, and I was not the first person to work on these accounts; I “inherited” an amazing platform that I’ve been very lucky to work with while also incorporating my own voice and ideas. Given the enormous length of the Hubble mission (over three decades!) we have a huge legacy to convey, so I try to strike a balance between professionalism and accessibility – while using some humor along the way, too!

My main goal going into this role was to make sure that any of our followers, regardless of their scientific background, would be able to look at our social media posts, read our captions, and understand them—and hopefully learn something new about our universe too! That continues to be my top priority.

You have a degree in journalism and creative writing. How did your passion for writing and books come about? As for astronomy, have you always been passionate about this subject, or is it the passion for writing that brought you closer to NASA Goddard and Hubble?

As a kid, I absolutely adored reading! I always had my nose in a book, and knew that I wanted to someday write books, too. In school, my other main interests were literature, history, theater, and journalism – I knew I wanted to be a storyteller of some sorts as my career, so I decided to study both journalism and creative writing at university.

I also grew up close to the Space Coast of Florida and was fortunate to witness several NASA launches, including the final few space shuttle missions. Because of that, I was always very interested in space science, but wasn’t sure how my love for storytelling could go along with that.

I later learned that NASA employs several communicators of all sorts: writers, video producers, social media managers, and more. In university, I received an internship at NASA’s Goddard Space Flight Center where I worked in the newsroom and in audio/podcast production. After graduating, I returned to work at Goddard as the social media lead for the Hubble mission.

It’s been a perfect fit getting to put my background in communications and writing to work on such a historic mission at NASA.

I love books across all genres, but I do tend to gravitate toward fantasy a lot. This might be because some of my favorite stories growing up belonged to this genre, so when I first started writing, that was what I felt most interested in trying to write myself!

I’ve written several novels, but the two that were published definitely taught me how to approach very long-form projects. As a beginning writer, I was very daunted by the idea of writing a whole book—it can take months or years of work, and requires a lot of dedication to finish drafting – not to mention all the editing that comes after! But getting to see these two projects through to publication was such a joy and I learned so much about the publishing industry, and who I am as an author. It’s a terrific feeling to know that they’re out in the world!

In observing the most beautiful images of the Universe (and its immensity) on a daily basis, has it changed your way of seeing life and the world? Do you feel very small in front of the greatness of the Universe?

Absolutely very, very small – and I’ve been surprised at how nice of a feeling that can be! Writing about astrophysics and communicating information about these mind-blowing images is a constant reminder of the unfathomable size of the universe. The more we learn about it, the more questions we realize there are. That’s very exciting though, and I’m definitely never bored at work. I’m always amazed by what Hubble has taught us about the universe that we didn’t know before, and can’t wait to see what else we’ll learn in the future.

This mission has given me a cosmic perspective that’s impacted the way I think of just about everything: our planet, our short amount of time here on it, and all the mysteries out there. It’s taught me more about how to prioritize my time, consider what’s most important to me, and how to just take a deep breath and experience all that I can while I still can. In short, working with Hubble has simply made me very thankful that I get to be a human and appreciate this small corner of the universe!