Alexander Nemchin, of Curtin University, tells us about the formation of the lunar glass beads 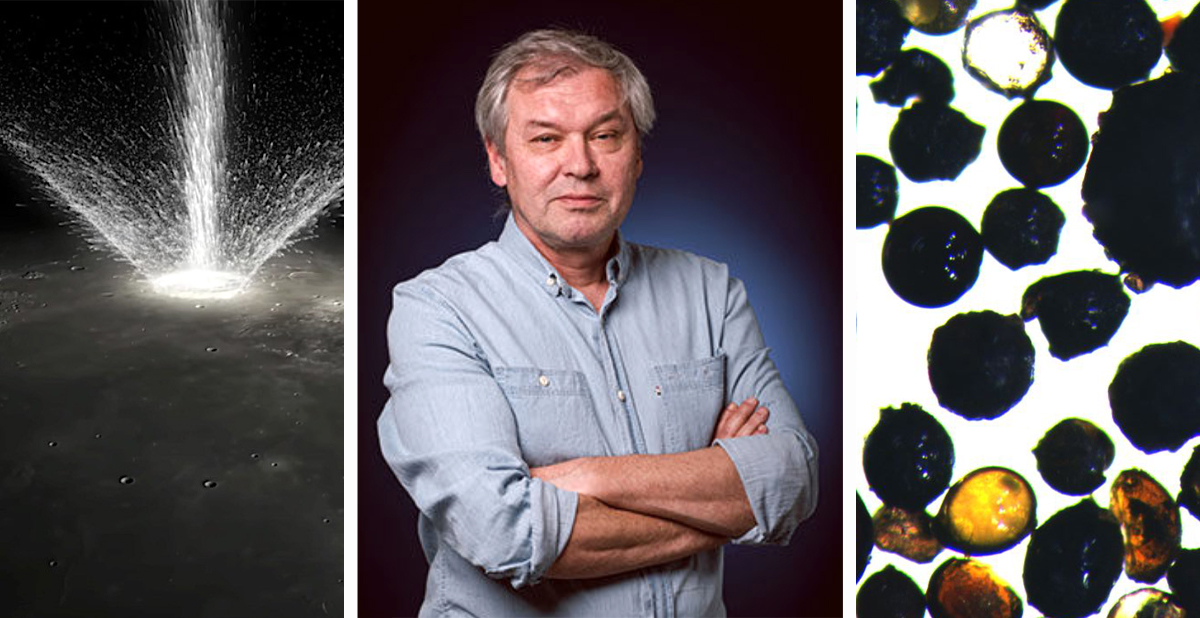 We met Alexander Nemchin, professor of applied geology at Curtin University‘s Space Science and Technology Center (SSTC) in Bentley, Perth (Australia). Nemchin is the lead author of the research performed on lunar samples, brought to Earth by NASA’s human Apollo missions (between 1969 and 1972), and by the Chinese robotic mission Chang’e-5 (in 2020). The full article on the research was published in Science Advances (to read it click here).

The Chinese lunar mission Chang’e-5 has brought some lunar samples to Earth, and you have managed to find microscopic glass beads in these lunar rocks, dating back to about 2 billion years ago. How did you manage to understand the age of these glass beads, and how did they form?

Ages of these glasses are determined using an established procedure. There are several methods using radioactive decay of different isotopes. We are using decay of uranium into lead. The rest is the matter of interpretation. What we see in all lunar glasses from all lunar soils is that the ages of individual beads are different and spread for almost four billion years. They also not evenly distributed over this 4 billion years period. More glasses appear at certain periods while some periods have very few or none.
Glasses form as a result of impact. The target of impact is heated and melted. The melt droplets are splashed around and accumulate in the soil.

Why do the impacts on Earth, caused by asteroids, coincide with the impacts on the Moon? How did you manage to figure this out from the lunar glass beads?

Because it is something we do not know. That is for the future research to figure it out. All we do is making an observation that impacts on the Moon predicted from the glass beads are similar in age to some impacts on Earth and also collision events recorded in Asteroid Belt (using meteorites that come from Asteroid Belt). It all is just a comparison of impact ages from different planetary bodies.

It is likely that there are periods when Earth was hit by multiple asteroids followed by the periods of relative quiet. At the same time different asteroids are hitting other planetary bodies, including Moon. Normally all asteroids in the Solar System are flying along predicted regular orbits. However, there are probably periods when these orbits become destabilised (again we do not know reason for that). If that happens, they start to fly all over the place hitting anything in their path.

Can we find glass beads also in the lunar samples brought to Earth by the Apollo missions?

Glass beads are found in all lunar soils.